Byriuchyi Island is a unique piece of land located between the Azov Sea and the Utliuk estuary that is essentially a continuation of the Fedotova Spit. It is connected to the mainland by a narrow strait. Its width does not exceed 10 m and gradually reaches up to 5 km. In the context of the administrative division, it belongs to the Kherson region. From a geographical point of view, Byriuchyi is an island only in autumn. As fall sets in, the sea becomes so rough that the strait is submerged in water.

The history of Byriuchyi Island

According to legend, Peter I issued an order to create the spit, Byriuchyi Island, in order to protect the mainland of the Russian Empire from the Turkish fleet. This version of the story is refuted by many who believe in the natural origin of the spit: that it was washed in by the storms. However, there is yet another story: some historians believe that the Scythian tribes lived there in ancient times, and the island was known as Wolf Island.

A hunting reserve was established on Byriuchyi Island in 1923. Bukhta, the fishing village, had been located there until 1969 and its inhabitants supplied fish to nearby towns and villages. When a hurricane destroyed the village and its inhabitants moved to the mainland, a cordon was created there. In 1993, Byriuchyi became part of the Azov-Sivash National Park with an area of 33 thousand square kilometres. Today, Sadki village is located on the territory of the island, where mostly staff that work at the reserve live; a leisure center is located here as well.

The exceptional natural environment of the island attracted the attention of the state leaders. Until recently, the residences of N.S. Khrushchev and L.D. Kuchma, the second President of Ukraine, were located there.

Beautiful weather is highly favorable for a nice family vacation with small children. The summer in Byriuchyi is hot and dry, but the sea breeze brings pleasant coolness. Rainfall is rare. In the summer, the water in the sea warms up to 18 - 23°C, the air temperature is approximately 26 - 29°C.

The island is a land with magnificent natural landscapes stretching over 24 km. Near the desert sandy beaches, there are meadows covered by feather grasses and wild steppe herbs. The plant world of the island is represented by oak groves, poplar plantations, acacia trees, olive and mulberry trees.

Most of the territory is occupied by “Byriuchyi Island” Reserve, which is home to about 1,000 red deer and 2,000 graceful does, as well as mouflons, foxes, hares, raccoon dogs and other steppe animals. Among the birds, you can see wild ducks, quails, bustards, little bustards, huge flocks of sandpipers, gulls and other species of waterfowl. In total, more than 250 species of animals and birds live in the reserve. Additionally, there are almost 280 varieties of herbs. Tourist routes are laid out to take you to the most interesting places, but you can go only while accompanied by a reserve worker.

Byriuchyi Island on the map

Many tourists who come to the Azov Sea coast think about how to get to Byriuchyi Island. For twenty years, this was impossible; but today, it is open to visitors. The territory of the island is divided into a closed conservation area, accessed only with special passes or as part of a guided tour. One site is open for vacationers where recreation and leisure centers, and cottages are located.

You can get to Byriuchyi Island by land or by water:

It is beyond argument that the sea is the main attraction of the island. Besides swimming in warm, clean and salty waters of the Azov Sea, there are many things to do that will make your vacation relaxing, unforgettable and informative. Here are some ideas:

The lighthouse on Byriuchyi Island is a must-see place. It can be seen on a hill at the entrance to the spit from the side of Henychesk. The lighthouse was built in 1869 to service the Port of Henychesk, which provided trade in salt and anthracite. The height of the wooden structure was 24.7 m. The light-optical construction provided a signal at a distance of 8.3 nautical miles. A house for a keeper and his three assistants, as well as a stable, cellar and storehouse were built close to the lighthouse.

During the Second World War, German troops blew up the lighthouse. An octagonal stone tower 30 m high was built in the place of the old lighthouse in 1957. It is equipped with a device providing signals up to 15 nautical miles (about 28 km).

Prices for accommodation and vacation on Byriuchyi Island

Several accommodation options are available in the village near the Azov-Syvash Nature Reserve:

Byriuchyi is rightfully considered one of the most beautiful places in Ukraine. “Untouched” wilderness, a chance to watch herds of wild animals that are not afraid of people, a clean and warm sea - such a trip will definitely remain in your memory forever. Tourists leave only positive reviews about vacationing on the island. 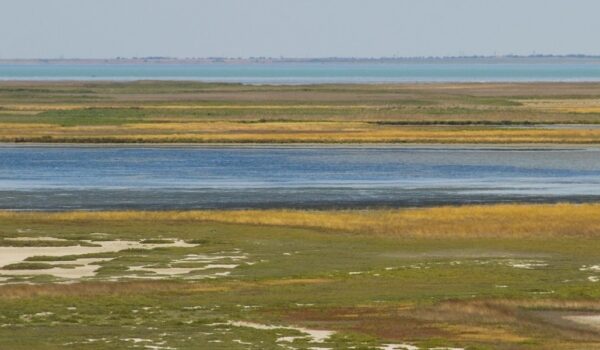 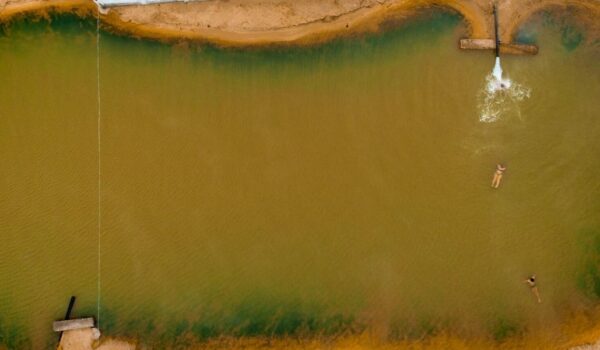