There are several amazing places for a vacation in the Kherson region. There are many beautiful resorts on the shores of the Black Sea and the Sea of Azov. Zaliznyi Port is easily among the Top-5 of the most famous places in Ukraine for a wonderful vacation in the warm season. This resort village is located in Hola Prystan District, 95 km from Kherson. The region is ecologically clean and has developed an impressive tourism infrastructure. 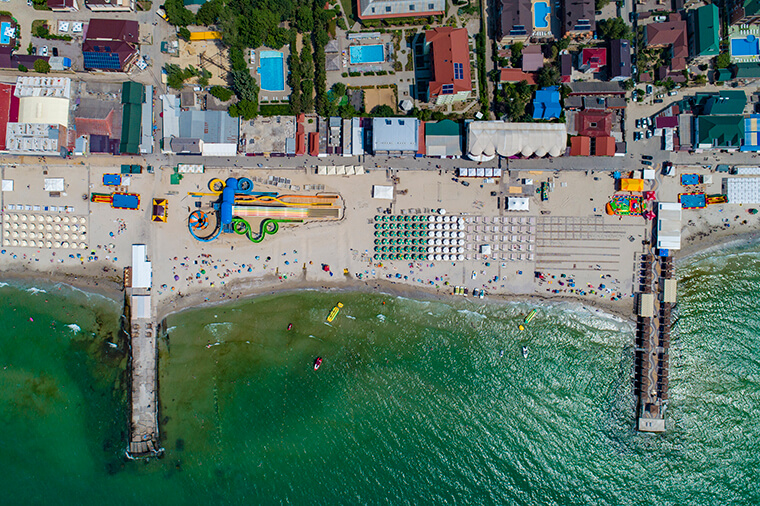 In this article, we will provide information about some of the unusual places that you should visit in Zaliznyi Port, the local attractions of Zaliznyi Port with photos and descriptions, and the popular food establishments and comfortable hotels where you can stay.

How Zaliznyi Port was built

There are several theories for how this village received its name (meaning Iron Port):

Zaliznyi Port was founded in 1922, but people lived here long before that, as far back as ancient times. Archaeologists have discovered burials from the Bronze Age and the remains of Scythian-Sarmatian settlements in Zaliznyi Port.

The main attractions of Zaliznyi Port

Tourists that come to this resort are rarely limited to swimming in the sea and relaxing on the local beaches. There are many unique nature reserves and stunning natural beauties nearby. We will provide an overview of the best attractions of Zaliznyi Port, a place that is popular for excursions.

This National Park is one of four deserts in Europe. The sandy desert area covers more than 200,000 hectares. Along the perimeter, the massif is surrounded by a peripheral ring of pine plantations. Huge barchans dunes are not the only thing this area boasts of. Among the sands, there is some small vegetation, coniferous trees, and small swamps. 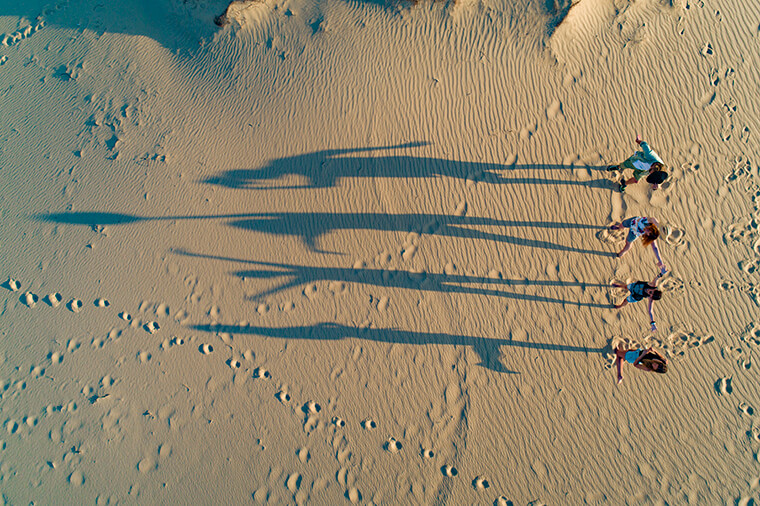 The national park is home to various species of animals:

The fresh air and coniferous trees all around can fill you with energy. ATVs are available for rent and will provide an adrenaline rush as you race in and around the dunes. This place exudes strong energy, so expect a surge of vigour and increased activity while visiting here! 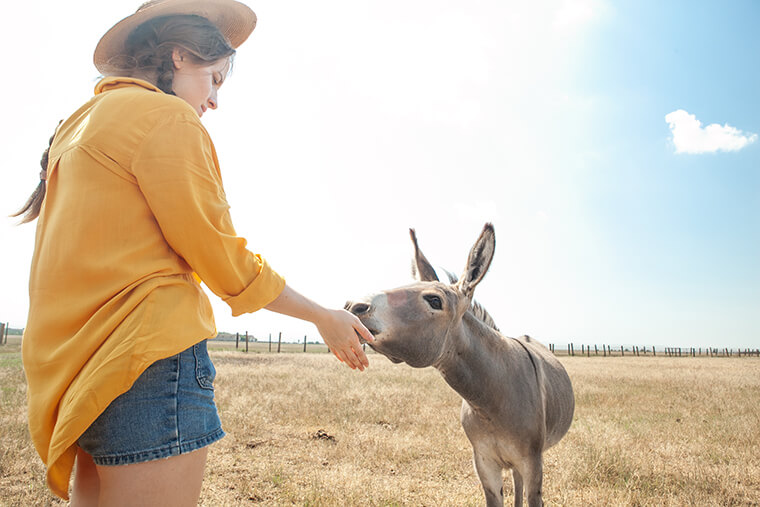 Askania-Nova is possibly the most famous reserve in Ukraine. In 2018, 72,500 excursions were conducted here. Interest in the park is continually growing all the time. This biosphere reserve has stunning nature aspects, which allows you to “forget yourself” and take a break from civilization. Ecotourism is popular here. Over 500 species of plants and more than 3,000 species of animals, many of whom are adapted to different climate zones, dwell in the territory of this reserve. About one hundred of those species are listed in the Red Book of Ukraine (i.e. endangered species). Among others that you can see here: 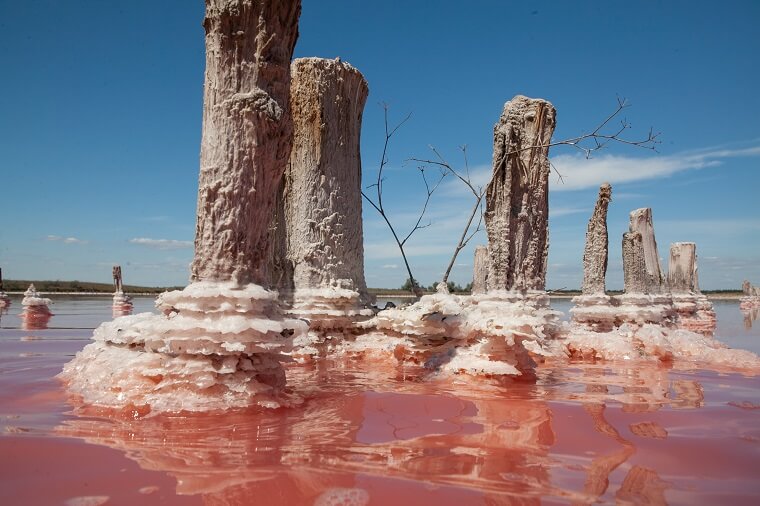 This protected area is the best place for quiet, deserved rest and relaxation. There are many interesting objects on the Kinburn Spit, including:

Wild horses, an ancient lighthouse, a long virgin beach, and a clear sea — this is what vacationers will see on the spit that stretches from Lake Kefalne (the precincts of Zaliznyi Port). This place has the longest sandbar in Ukraine (about 80 km). 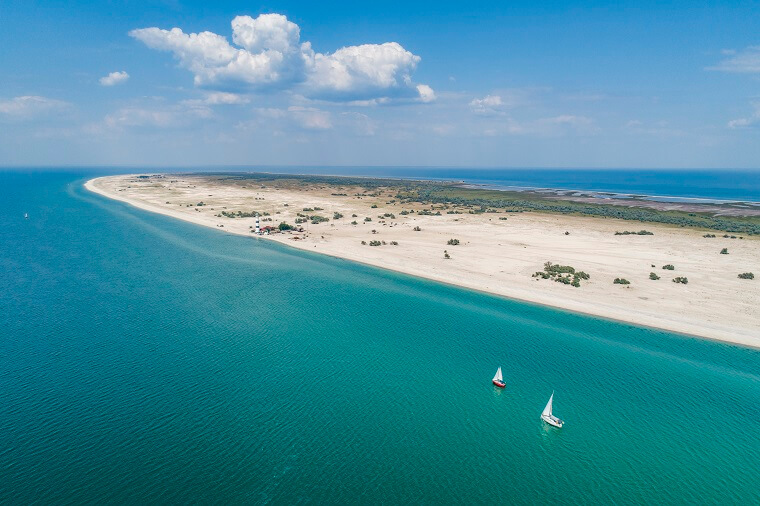 The remoteness of the spit and its natural beauty make for great camping and outdoor adventure. Tendra spit is part of the Black Sea Biosphere Reserve. 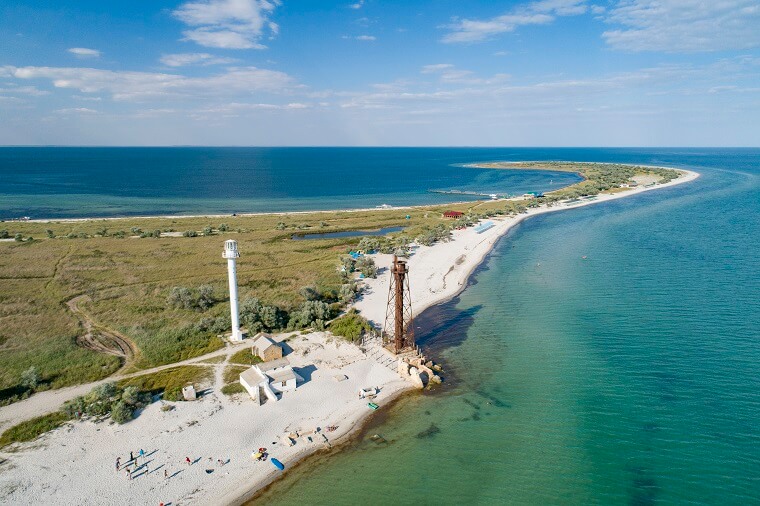 This is the largest uninhabited island on the Black Sea. It is famous for its white sand and the azure sea. In addition, adventure tourists that like to “rough it” are attracted by the following:

This is the largest marine reserve in Ukraine. The primary feature of the reserve is winter migratory and nesting birds. Their number reaches about 12,000 and they are all protected by huntsmen. In order to avoid damage to flora and fauna, nearly all of the reserve is closed to tourists. Only some of its sections are partially open. 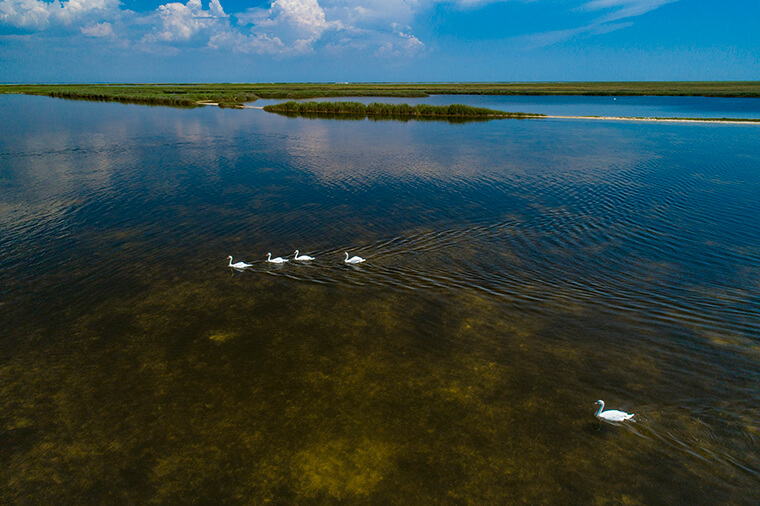 The main attraction of the reserve is the Tendra Spit (see above).

Where to go and what to see with children

Vacationing in Zaliznyi Port is popular with families that have children. These guests are attracted by the sandy coast, smooth transition to the sea, and the comfortable climate. The resort is popular for the interesting places you can go with children. The most popular include the following: 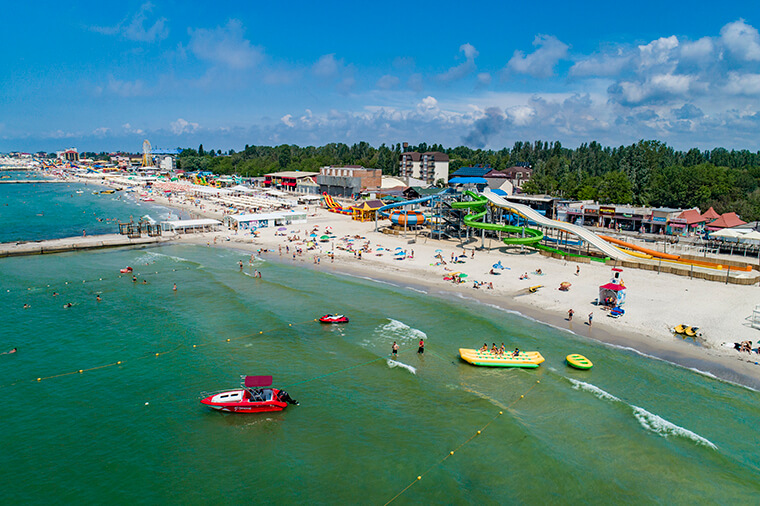 Many families, not only from Ukraine, but also from neighbouring countries, come every summer to spend their holidays or vacations here.

Are you wondering where to go and what to see in Zaliznyi Port for tourists without young children? Young adults enjoy more entertainment and don’t want to waste time with childish activities. There are a few architectural structures in this region. The list of the best includes: the crypt of Faltz Feyn’s family, Masonic Temple in Kruhloozerka, and the ruins of the church of Mother-of-God of Kazan in the village of Heroiske.

In addition to walking along the streets enjoying the scenery, you can visit:

The nightlife is very rich and vibrant here!

Where is Zaliznyi Port on the map?

Zaliznyi Port is a small resort village in Kherson region in southern Ukraine, located on the Black Sea. There are many recreation centers, campsites, hotels and cottages for rent. On the map, you can see its wide coastal sand line.

How to get there

Have you already marked some of the sights on the map and planned your trip? Now all that is left to do is to choose the best route to get to the resort and enjoy the local attractions.

There is no direct train to Zaliznyi Port. You need to get to Kherson, and then take a regular bus or minibus to Zaliznyi Port. Trains depart from all the major cities of Ukraine in the direction of Kherson. When the bus is full, it leaves to the village every day from the railway station.

In the summer, you can get to Zaliznyi Port by regular buses and private carriers from major cities.

Kherson is a regional center in the south of Ukraine founded in 1778 by Hryhorii Potemkin. It is the city of shipbuilders where the history of …

It is truly peculiar for modern Ukrainians to live on an island! No doubt quite a few would like to find shelter from the bustle of …

Kherson is a regional center in the south of Ukraine founded in 1778 by Hryhorii Potemkin. It is the city of shipbuilders where the history of ...

It is truly peculiar for modern Ukrainians to live on an island! No doubt quite a few would like to find shelter from the bustle of ...